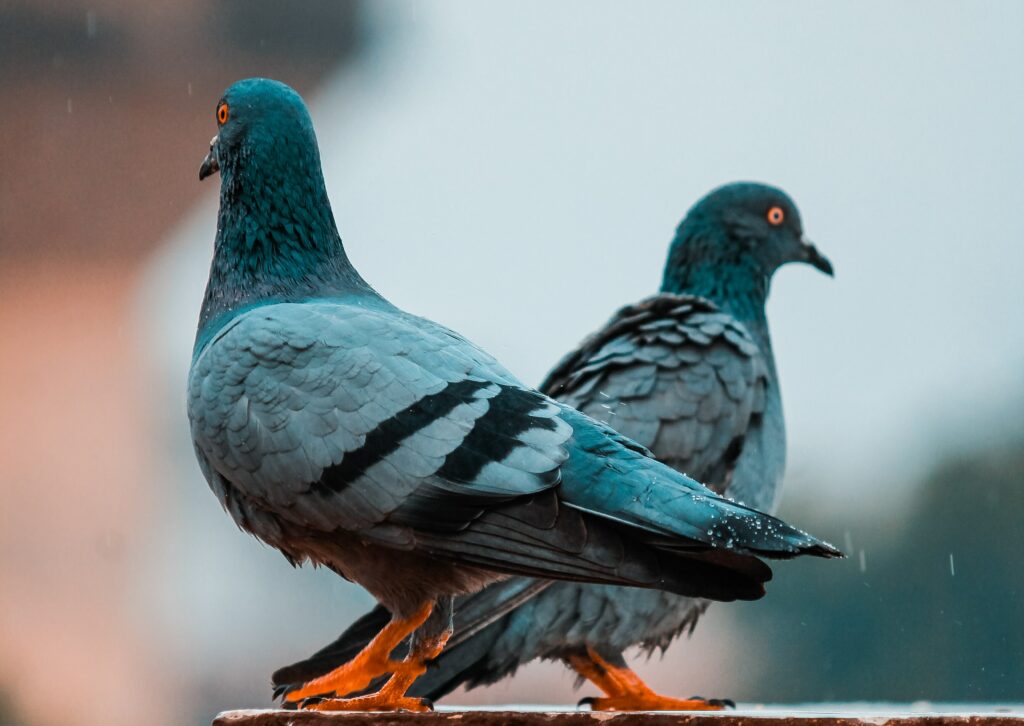 [ENG] Duivenmelker (literally translated: ‘pigeons milker’) – Someone who keeps pigeons or trades in them.

The word ‘duivenmelker’ always confused me. I mean, pigeons don’t have any nipples, do they? How can they be milked then?

When this word appeared again in a Facebook post and confused me, I decided to look up where it came from. A first clue came when I discovered that pigeons actually do produce milk! Apparently some bird species are able to do this, like the emperor penguin and the flamingo. The pigeon as well and it makes its milk in its crop, which is situated in its throat. This crop usually produces enough milk to feed two of its young. I thought I had found the answer rapidly, but apparently not. This was not the reason why people who keep pigeons are called ‘duivenmelkers’.

A first simple, plausible explanation is that they took the word ‘melken’ (milking) from another similar profession, namely ‘geitenmelker’ (goat milker), someone who keeps goats to live off the profit.

A second explanation that possibly makes sense, is that the word ‘melker’ is also used for a person that tries to deceive someone else through unfair practices. For example, there is the word ‘huisjesmelker’ (literally translated: ‘houses milker’), where a person tries to get as much profit as possible through spending a minimal amount of money on maintenance of a house they rent out. ‘Iemand uitmelken’ (literally translated: ‘milking out someone’) also means ‘to exploit someone’. With the concept of ‘duivenmelker’ we are talking about the former practice of stealing someone’s pigeons to keep them for oneself or asking ransom to the owner. Slowly this meaning changed throughout history to what it is now, from pigeon stealer to pigeon owner.

This site uses Akismet to reduce spam. Learn how your comment data is processed.

This website uses cookies to improve your experience while you navigate through the website. Out of these, the cookies that are categorized as necessary are stored on your browser as they are essential for the working of basic functionalities of the website. We also use third-party cookies that help us analyze and understand how you use this website. These cookies will be stored in your browser only with your consent. You also have the option to opt-out of these cookies. But opting out of some of these cookies may affect your browsing experience.
Necessary Always Enabled
Necessary cookies are absolutely essential for the website to function properly. This category only includes cookies that ensures basic functionalities and security features of the website. These cookies do not store any personal information.
Non-necessary
Any cookies that may not be particularly necessary for the website to function and is used specifically to collect user personal data via analytics, ads, other embedded contents are termed as non-necessary cookies. It is mandatory to procure user consent prior to running these cookies on your website.
SAVE & ACCEPT